A retro-vibe, nu-jazz experience for kicking back and getting lost.

The word “blue” in “Blues Orbit” represents the feeling I had throughout the composition phase of this piece, as well as a nod to Blue Mitchell, whose trumpet playing I’ve always loved. Although my Mad Men score featured woodwinds, piano and strings, I always had a strong desire to use more trumpet, but felt too constricted in scoring Mad Men. (One of the few exceptions is here, “Beautiful Girls”.)

The trumpet is a powerful instrument, and can convey so much, but it calls attention to itself and so I made the choice to use woodwinds for most melodic passages. The trumpet, here in “Blues Orbit”, played by Kye Palmer, and the emotion from Kye’s playing, especially with the strings underneath, was exactly what I was looking for in this piece.

Lonely and dark, as if I was walking alone at night in New York City. Like all the other Rewinder Project tracks, it has ample amounts of samples, digital verbs, delays and filters to give it modern sound, but the heart of the piece is once again in the retro-vibe aspect of the track.

“Blues Orbit” has now been released, and you can stream it with the link below, but if you want, you can fill in the subscribe form and I’ll send you the link to the free pre-release download.

Hope you enjoy it, and let me know what you think. I’m reachable through the contact page of this site and on social media. Cheers!

Clocking in at 8 minutes, it’s my new single dropping on April 18th.

“Selling Me On” is a beat driven NuJazz single that features trumpeter Kye Palmer and saxophonist Brian Scanlon. Both worked with me on Mad Men & Amazon’s “The Last Tycoon”. It was part of my Rewinder project I had intended to perform live with a 13 piece band in 2020, but the global pandemic destroyed that idea!

Like “Bossa Sixteen” it too was recorded at that same small studio in Van Nuys, California (Ben Burget’s 206 Studios) and I took the track back to my studio where I edited, added, and remixed it in Ableton Live.
Mixing engineer James T. Hill, who recorded and mix all the Mad Men score, then mixed it, and then finally mastered it for streaming services.

I’m happy to release it as a single, running at 8 minutes long, but I think you’ll enjoy it as the time flies by when listening to the two soloists.

Here’s the link to Pre-Save prior to the release, but if you can’t wait, you can fill in the email and I’ll send you the link to the free pre-release download. Enjoy!

Plug-in, kick-back, and Spring into Summer with this upbeat Nu Bossa from the composer of “Mad Men”. Coming out March 20th, 2022.

“Bossa Sixteen” is an upbeat Nu Bossa that’s plugged-in with electronics driving the production. Built around a traditional a jazz sextet, but with 70s style electric piano with contemporary digital effects. It features traditional nylon string acoustic guitar and trumpet as soloists. Inspired by my love for great trumpet players, especially of the 60s and 70s such as Freddie Hubbard, Blue Mitchell and Miles (of course), this is the first single release from the upcoming album “Back to One”.

Growing up listening to music from the late 60s and early 70s such as Quincy Jones’ “Waling In Space” and Freddie Hubbard’s “Red Clay”, I appreciated the amount of production that went in to those recordings, both from CTI Records. Other CTI artists such as Hubert Laws (“Morning Star”), Stanley Turrentine (“Sugar) and Art Farmer all influenced me as well, so thank you, Creed Taylor. Those productions may not have had to please the “purists” but to my ears it was inspiring as the culture was growing accustomed to more and more technology in every aspect of life, so why not in the studio? For this reason, I referred to this new project as my rewinder project.

“Bossa Sixteen” also comes directly out of my work for the television series, “Mad Men” and has direct linkage to tracks “Hotel Bossa”, “Bossa Du jour Mantovani”, “Bossa Nuevo”, and “Birthday Bossa”. Recorded in Los Angeles using many of the same session musicians as my score to Mad Men, but unlike those tracks, confined to a “period” television series, “Bossa Sixteen” breaks out and becomes something different.

With this track, I recorded the live players at a small studio in Van Nuys, California (Ben Burget’s 206 Studios) and took the track back to my studio where I edited, added, and remixed it in Ableton Live. I then delivered it to my mixing engineer, James T. Hill, for the mix. Of course, there was more back and forth between all three studios, but since I was not in a rush, it was quite enjoyable. After more than a year, I brought this track and some others to Robert Vosgien for mastering at Capitol Mastering in Hollywood. All was well!

Now, in early 2020, I was designing a live system for performing the tracks, having all mics and inputs pass through my Ableton Live setup. That composed of six midi controllers for driving the pre-recorded percussion and keys, as well as controlling any effects on the inputs. The first rehearsal with the rhythm section, keys, six horns, and Ableton driving it all went really well. Also I was seeking a performance venue large enough to present 16 musicians, which would have included a small string section, but could lock nothing in when the Pandemic hit. So I sat on the project, not releasing any of it as the pandemic dragged on.

So now that we’re in 2022 I think it’s time to release, and I happy and proud of the all the performances and the work that went into all the tracks, and “Bossa Sixteen” is just the first to come out of it.

The Goldmans and the Harpers.
Coming to select theaters in one week!

The new film with an original Carbonara score is out in theaters on Jan28th. 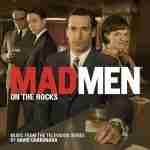